March 2018 PFP Trainer of the Month 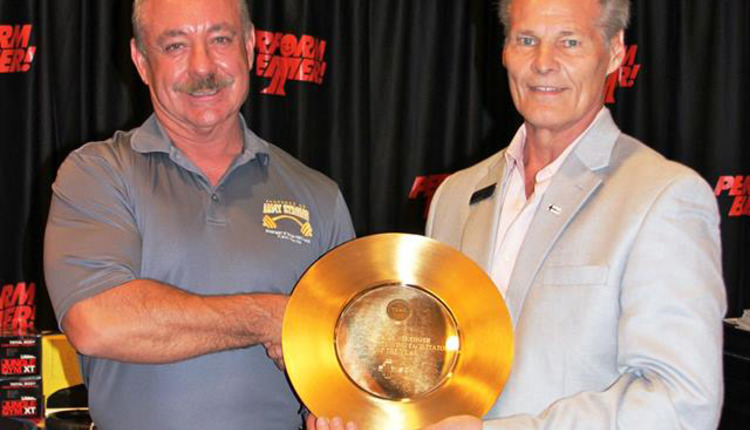 Since his mother started exercising to Jack LaLanne, Doug Briggs, our 2018 March Trainer of the Month, has led a life inspired by fitness. For the better part of the last 30 years, Doug has been tirelessly committed to the industry, his clients, and his community. When asked about his proudest accomplishment, he shares that it was his conception and execution of the Civilian Employee Fitness Program for the US Army that has been helping civilian employees at Fort Bliss for more than 15 years. As is evident with his accomplishments, list of certifications and qualifications, numerous books and research he has published, and his involvement in the industry, Doug Briggs is undeniably raising the bar. Here is a quick look at how he’s doing it… 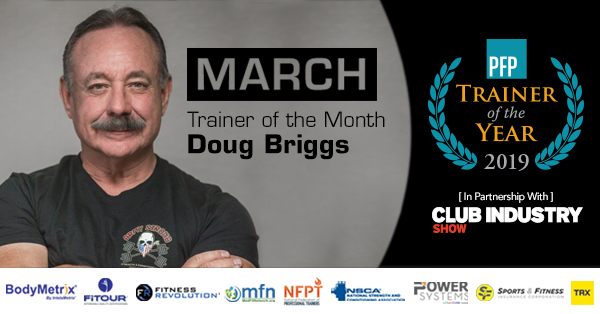 OTHER AWARDS AND ACCOMPLISHMENTS

What inspired you to start your business?

My family has always been into fitness and health even before it was popular. I remember my mother working out to Jack LaLanne and juicing. Her interest in fitness and health started my interest in the fitness industry. Working out came naturally and it felt good as an athlete to get stronger and bigger. After playing sports, I started learning everything I could about the human body, training, psychology and applied those lessons not only to myself, but to my son and clients as well. I am always learning and applying new ideas and techniques. Some work, some don’t.

What is one hard lesson you’ve learned in business you believe has been most valuable?

I fire clients. I do not believe in negative energy and if my client isn’t a willing participant, then I’m not a willing trainer. This applies not only to training, but nutrition as well. My job is not to take their money, it is to train them and if they don’t comply and produce, I fire them. It happens rarely, but it has happened. It is hard on me to train a client that doesn’t want to improve as I truly want them to succeed. If they don’t want to work hard toward their goals, they need to find another trainer.

If I asked one of your clients why they choose you over other trainers, what would they likely say?

They would say I’m the hardest trainer in El Paso. I have heard that numerous times from clients that have come from other trainers. I am not here to talk, I’m here to help you accomplish whatever goals you have set for yourself. We work hard during a training session and we can talk later. My saying is, “Train hard, train smart, and may all of your training sessions produce the results you desire.”

Name one or two ways you are trying to raise the bar in the industry.

Innovation and research: I believe in innovative techniques and proven training principles through applied research. I’m an old-school trainer who believes in bars and plates, preferably the kind that clang when lifted, and the application of current research to proven training methods. Fads don’t suit me and it has been my observation that everything goes full circle back to bars and plates after the fad is gone and forgotten.