In 1911, researchers begin taking special interest in a horse owned by a German mathematician named Von Osten. The horse, aptly named Clever Hans, was reported to able to count, add, subtract, multiply and divide. It was even suggested that Clever Hans could spell and solve problems involving musical harmony.

As mystifying and even magical as this seemed to be, following a rigorous study, it was concluded that, in fact, Clever Hans possessed no highly intelligent factors nor extraordinary abilities. It was simply a case of Clever Hans performing what had become expected of him. Two researchers, Stumpt and Pfungst, realized that when the handlers of Clever Hans posed questions to him, they were providing subtle physical and verbal cues to the horse as it pertained to the answer.

This reality was summarized in the book Teachers and the Learning Process, written by Robert Strom (Prentice-Hall, 1971): ï¿½Among the first discoveries made was that, if the horse could not see the questioner, Hans was not clever at all. Similarly, if the questioner did not himself know the answer to the question, Hans could not answer it eitherï¿½A forward inclination of the head of the questioner would start Hans tapping, Pfungst observedï¿½as the experimenter straightened up, Hans would stop tapping ï¿½ he found that even the raising of his eyebrows was sufficient. Even the dilation of the questionerï¿½s nostrils was a cue for Hans to stop tapping.ï¿½

In short, people were inadvertently offering the correct answers to Clever Hans by communicating their expectations via physical signs, and Hans learned to pick up the signals, no matter how subtle.

This ascension to what is expected of you is known contemporarily as ï¿½self-fulfilling prophecyï¿½ and was outlined originally in 1957 by a sociology professor at , Robert Merton. In his essay, ï¿½Social Theory and Social Structureï¿½, Merton suggested that ï¿½a false definition of the situation evokes a new behavior which manes the original false conception come true.ï¿½ Simply stated, once an expectation is set (even one of false conception), you will act in certain ways that are consistent with that expectation, causing the results of the expectation to become true.

The birth of this theory may actually be found in ancient mythical legend.  It is written in the tenth book of Metamorphoses that the sculptor, Pygmalion, a prince of , sought to create an ivory statue of his ideal mate. The result of his work was an extraordinarily sculpted beautiful woman, which Pygmalion named ï¿½Galateaï¿½. Because of her beauty, Pygmalion fell desperately in love with the sculpture and began praying to Venus to bring Galatea to life. Venus granted his prayer, resulting in what is now known now as the ï¿½Pygmalion Effectï¿½: the expectations you direct towards a person, event or even yourself will eventually come true.

This theory has transcended to become a key instrument of learning for managers and supervisors in the business world. It was descried by J. Sterling Livingston in the September/October 1988 Harvard Business Review in an article entitled ï¿½Pygmalion in Managementï¿½: ï¿½The way managers treat their subordinates is subtly influenced by what they expect of them.ï¿½

The Pygmalion Effect can either elevate a workerï¿½s productivity or entirely undermine it.  For instance, workers who receive continuous verbal praise for their efforts, while being supported by non-verbal means, will aspire and ascend to even more productivity. In contrast, if a worker receives less praise or even communication from management rather than their peers or co-workers, although nothing is being conveyed verbally, the worker feels as though they are underappreciated and will have a lapse or decrease in productivity.

substantiated this point, ï¿½If [the manager] is unskilled, he leaves scars on the careers of the young men and women, cuts deeply into their self-esteem and distorts their image of themselves as human beings. But if he is skillful and has high expectations of his subordinates, their self-confidence will grow, their capabilities will develop and their productivity will be high. More often than he realizes, the manager is Pygmalionï¿½.

The Application to Youth Sports and Coaching

If inappropriate managerial skills in the form of limited positive affirmations or feedback can affect an adult to the degree that they will have ï¿½scarsï¿½, what do you think happens to children under the pressure of inappropriate coaching? In understanding the relevancy and practicality of the Pygmalion Effect, answer these questions for yourself:

ï¿½         Do coaches treat all of their athletes the same, or do they subtly play favorites?

ï¿½         What would happen to the ability and self-esteem of young athletes if their coaches and parents demonstrated great pride in their efforts and positively voiced a level of expectation, based entirely on the notion that the coach ï¿½knowsï¿½ the young athlete could achieve this?

ï¿½         Should we make our young athletes be more concerned about the results of a game or training session, or should we spend our energy heaping positive praise and expectation on them, because we know that they are capable of anything?

Once you recognize the relevancy of the effect, use these Pygmalion-based coaching strategies with your young athletes:

ï¿½         Training at their level. Provide athletes with the opportunity to experience increasingly challenging exercises or drills, but do so by making sure that they succeed at each respective level along with way. Many trainers and coaches prescribe exercises or drills that are too hard or difficult for their athletes. Regress the exercise so that your athletes can perform it competently before moving on. Not only is this sound from an athletic development standpoint, it will do wonders for a childï¿½s self-esteem.

ï¿½         Team problem-solving. Design training exercises that allow your athletes to create solutions to a proposed problem. For instance, create obstacle courses that require both athletic skill and cognitive reasoning, and have your athletes work as a unit to solve the equation. Enabling your athletes to work as a team through participation in successful projects increases individual self-efficacy and brings continuous productivity.

ï¿½         Positive encouragement. No matter how large your training group or team is, purposefully spend a few moments every session or practice working with each member individually. This can be as quick as a 10 second pointer or a two second high-five and positive comment. Focus on positive commentary associated with what the athlete is doing right and not what they are doing wrong.

ï¿½         Engaging in feedback. Ask your young athletes what they think. As it relates to a game strategy, exercise selection or set to rep ratio, get your athletes involved in the process of making decisions. Engaged athletes feel as though they are important, and their productivity will reflect this.

ï¿½         Shifting focus to the athlete. Always project the sincere feelings that you are here for them. You are not here to win the plastic trophy, get a great testimonial from their parents or have them become the newest member of your ï¿½400-pound squat clubï¿½. Young athletes get pulled in a variety of different directions, and their productivity or success rate is almost always more important to other people than it is to themselves. You will find that the productivity of your athletes will grow dramatically when they feel as though you actually want to help them achieve their goals.

It is critical to make you aware of your own internal mental dialogue and its relation to the way in which you relate to and coach your young athletes.

Use this exercise (Tauber, 1997) to make you more sensitive to the power of teacher/coach expectations: without feeling restricted or inhibited, think or write down the first descriptive thoughts that come to your mind when you think about the people outlined below (no one is judging you, so be brutally honest):

ï¿½         A teenager from a family that has strong and vocal political party ties.

ï¿½         A primary school student from an affluent family who is an only child.

ï¿½         A middle school student whose two older siblings you had as athletes several years ago ï¿½ each of whom was often a troublemaker.

ï¿½         An Asian boy who is the son of a respected university math professor.

The art of coaching is an incredibly intricate and important element within the youth sports and training world, and one that we must examine further.

Brian Grasso currently serves as CEO for the International Youth Conditioning Association and travels extensively throughout the world as a guest lecturer on the topic of youth athletic development and fitness. You can find dozens of free articles, sample programs and resources at his website, www.DevelopingAthletics.com.

What You Can Expect for Your Fitness Business in 2021 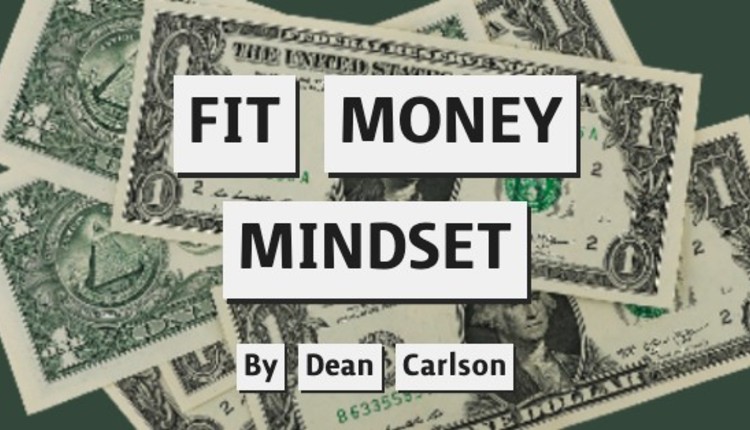 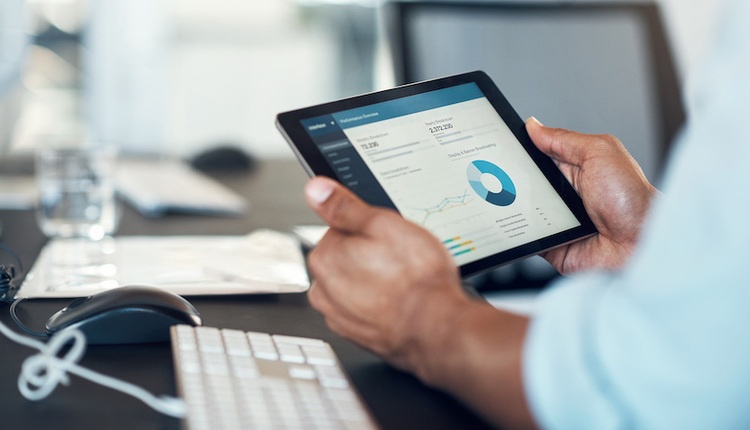 A Financial Plan for an Uncertain 2021 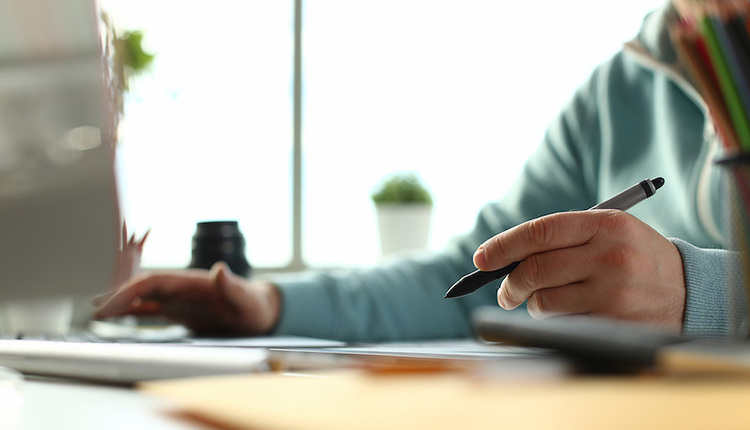 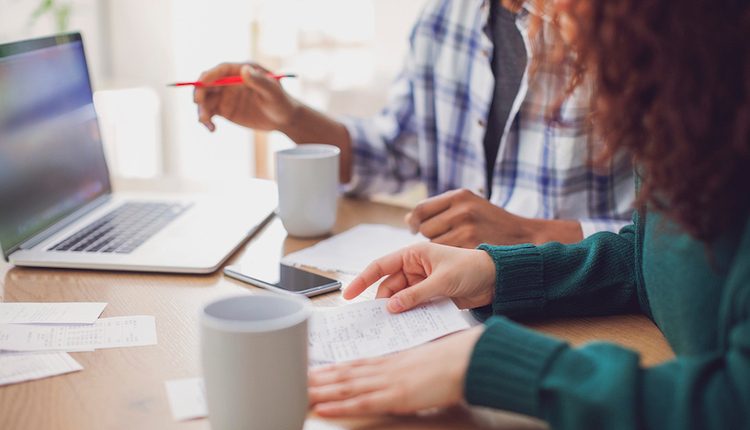