Exercise for the aging brain 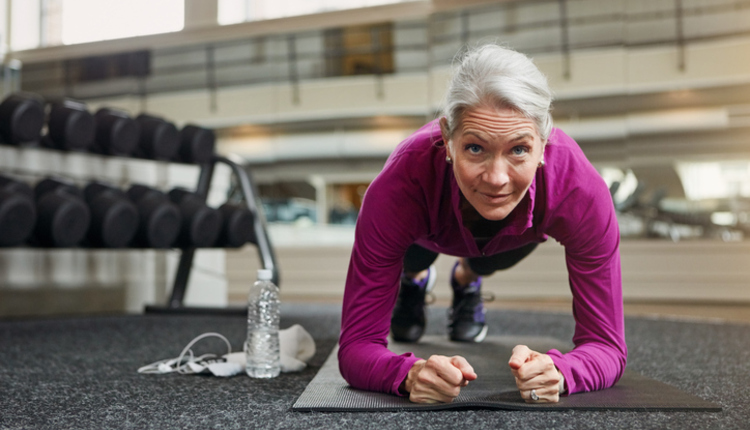 Dementia is one of, if not the greatest concern among older adults, and with the prevalence of Alzheimer’s disease on the rise, it is a valid one. It is anticipated that the worldwide cases of Alzheimer’s disease will increase from 46.8 million in 2015 to 131.5 million in 2050 (World Alzheimer’s Report 2015). Most, if not all, older adults would rather die earlier than live an extra 5-10 years unable to recognize their loved ones and having to be taken care of. This fear has helped create a global business sector centered on “brain training” apps, software, games… even Sudoku and crossword puzzles. But do they work? And can exercise be used as an effective intervention to improve cognitive function?

The research overwhelmingly suggests that cognitive function in old age is primarily due to lifestyle factors rather than the aging process. Nutrition, stress, environment, physical activity, relationships and other factors have an impact on cognition as we get older. Risk factors for cognitive decline include age, genetics, insulin resistance/diabetes mellitus, hypertension, obesity, smoking and amyloid plaques (Baumgart et al 2016). Although some individuals will suffer from memory loss or even develop dementia, these are not normal parts of the aging process as many older adults remain mentally sharp throughout their whole life.

Most studies assessing the effects of cognitive task training have used computerized brain training software (games). The data indicates that computerized cognitive training improves certain cognitive domains a small to moderate degree with no significant effects in executive functions. It is also clear that only the trained cognitive process improves with no transfer effects, meaning that other related cognitive processes do not improve (Ballesteros et al 2015). The largest cognitive study to date, the ACTIVE study, assigned people to one of three cognitive training groups: memory; speed of process; or reasoning. In all three groups the skill that was trained significantly improved with no transfer to untrained functions or to everyday activities.

Exercise has been identified as one of the best ways to improve cognitive function and is probably better than playing any of the brain games that have become so popular. Several recent systematic reviews (Bamidis et al 2014; Ballesteros et al 2015; Hotting et al 2013; Szuhany et al 2015) have investigated the relationship of exercise to cognition and have made the following conclusions:

Ageless Grace (www.agelessgrace.com) is an exercise program that incorporates physical movements with mental stimulation and their principles can be incorporated into any trainer’s programming. The 21 tools (exercises), developed by creator Denise Medved, are performed to music and are designed to stimulate what she refers to as the five primary functions of the brain – strategic planning; memory and recall; analytical thinking; creativity and imagination; and kinesthetic learning. An example of some of these tools are listed below:

There are other suggested ways to stimulate neuroplasticity during training. One key is to continually introduce new skills and movement patterns into the routine. Increase movement complexity regularly and often. For example, instead of practicing the same stepping (agility) pattern every session, use a different stepping pattern every time. Another key is to play. Have fun, laugh, use your imagination and basically act like a kid again. Introduce games that require physical movement such as hop scotch or Red Light, Green Light and incorporate an element of fun. Finally, encourage your clients to continually learn new physical skills – play a sport or instrument; paint or sculpt; take dancing lessons.

Exercise for older adults is about much more than just losing weight and building muscle. According to the Functional Aging Training Model developed by the Functional Aging Institute, it is important to address all primary domains of overall functional ability including: cognitive/emotional; neuromuscular; musculoskeletal; cardiorespiratory; balance and mobility. It is possible to create exercise programs that will keep your older clients functional and mentally sharp for years to come.

Dr. Cody Sipe is a recognized authority on exercise for older adults. He is an award-winning fitness professional with over 20 years of experience. He is a professor, researcher, educator and co-founder of the Functional Aging Institute. For more information on how to train older adults to maximize functional ability visit www.functionalaginginstitute.com.

• Neuroplasticity: The brain's ability to reorganize and rebuild itself by forming new neural connections

• Angiogenesis: the process of creating new blood vessels in the brain

• Cognitive reserve: individual differences in how tasks are performed that may allow some people to be more resilient than others

Understanding and working with arthritis Next 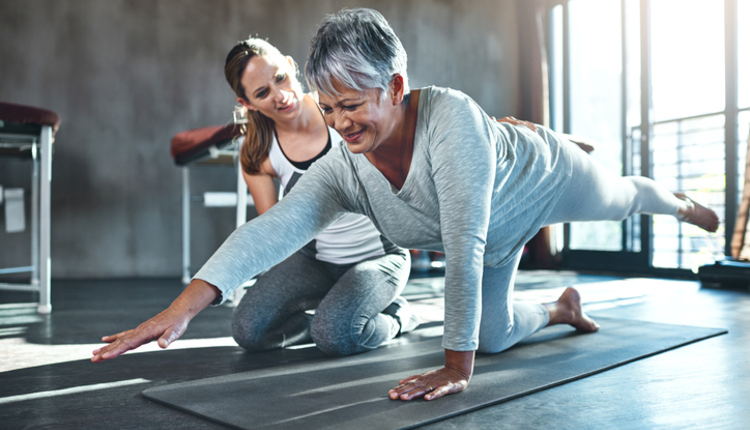 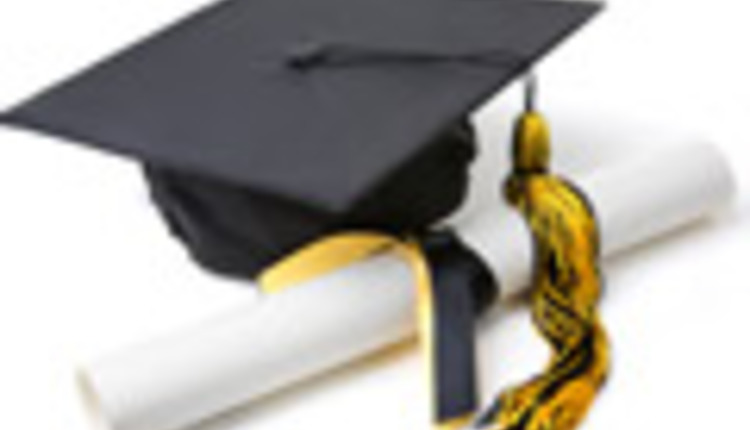 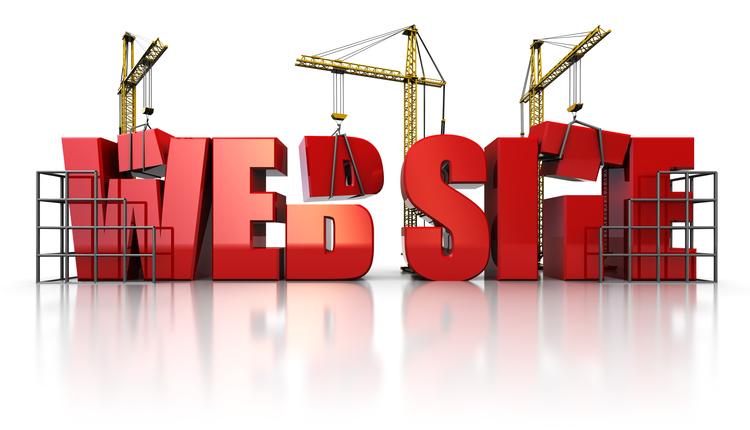 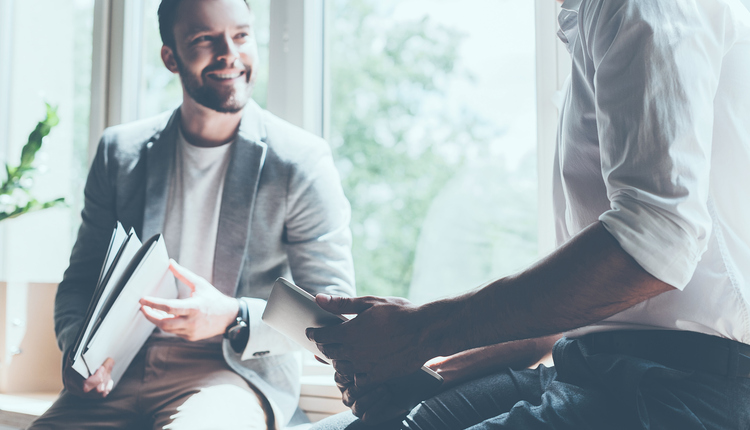 To partner or not to partner? 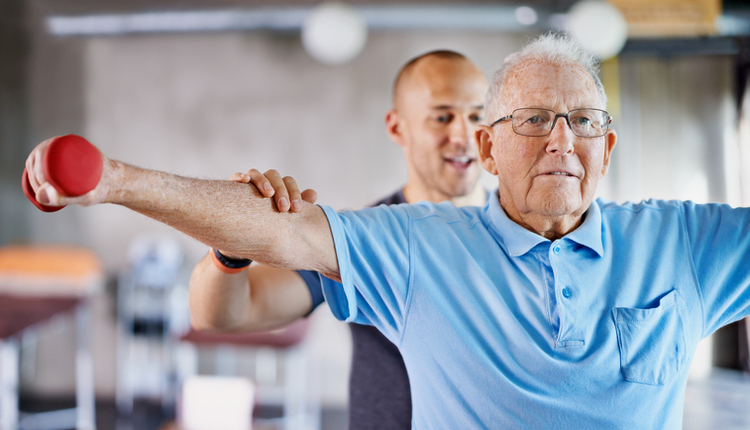 Understanding and working with arthritis