Related to:
Be Better Career Development

Be Better: Are you able to respond?

It wasn't my fault. I didn't do it. Everyone else did it first.

Those are phrases you'd expect to hear from kids when some liquid intended to go from container to mouth wound up in a puddle on a kitchen floor, or when a rock seemed to come from space and break a window. When I was eight, I remember watching my friend Richie throw a rock through a window and deny it even through his grounding and his parents buying the homeowners a new window.

We'd expect that of children, but as we grow up, we are supposed to learn about responsibility. It is a word I've learned to hyphenate to better illustrate its meaning: Response-ability.

I'm amazed by how often, both in the media and in the world around me, people abdicate response-ability. "It was out of my control." "There was nothing I could have done."

Perhaps one of the reasons I was able to develop a prosperous business in the field of personal training was my unwillingness to ever leave something out of my control. That doesn't mean I never erred. Believe me, I could have set the world's record for erring if Guinness ever wanted to track it. Absent of response-ability, errors become regrets, and to soften the blow to the ego, the human mind has the capacity to excuse, to find an external reason for an unwarranted outcome. With the excuses on the table, the excuser becomes powerless.

My errors became learning experiences and opportunities to figure out how to do something better or more productively.

"My client would have achieved results if he listened to me."
"I would make more money but the owner only pays us $18 a session."
"People don't want to spend that kind of money where I live."

I don't care if you learn all the marketing secrets in the world, if your training skills are on a par of true excellence, and if you can identify muscular imbalances and postural deviations from a mile away. If you're not willing to accept responsibility, both for your own livelihood and career situation and for your client outcomes, you'll always find true career security just out of reach.

Imagine you had a bicycle that you relied upon both for exercise and for transportation, and one day the chain and gear mechanism became so entangled you just couldn't figure out how to fix it. You find an intersection where there are two bike shops. One says, "We're cheap and popular." You can see the appeal in that one, but the other has what I find to be a more compelling sign: "If we don't get the repair right the first time, we'll fix it for free, and if we say we can fix it, and fail, we'll get you a brand new replacement bike on us."

You may make the argument that cheaper is better, but there are many people, myself included, who would be willing to pay a bit more for the reassurance that our valued vehicles would be in response-able hands.

Here's an exercise. Catch yourself using the word if to unintentionally abdicate responsibility. If you give yourself some time, and can be introspective enough, you'll likely be surprised how often you find yourself saying or thinking "if statements."

If only my clients were more motivated ...
If only people had free time to train between 2 and 5 ...
If only the economy was better ...

I'm suggesting ... no, I'm insisting, each one of the above phrases offers an opportunity to step up, to be response-able, and to move toward achieving a reputation for being able to deliver the precise results people seek in the most professional and client-centered manner possible. The key lies in a perspective shift, or what we often refer to as a mindset shift. Trade the word "if" for the word "unless" and approach with the knowledge you do have control. You may not have total control, as many extrinsic factors will come into play, but without an attitude of possibility, you're powerless.

Instead of "if only my clients were motivated..." get comfortable with the statement, "Unless I get better at motivating my clients I'm never going to reach the level of prosperity I deserve." Does the statement solve the problem? Of course not, but if offers a new pathway of thought, one that allows you to notice the ability you do have to respond (response-ability). You might opt to take a course in influence, in human behavior, or in sports psychology. You might opt to recruit a mentor who has demonstrated exceptional motivational skills. While none of these will offer the instant change that "get rich and successful quick" ads promise, they will precipitate the actions that will lead to permanent change, to actual betterment, to enhanced mastery of valuable skills.

I remember being the young trainer who had clients at 5:30 to 8:30 a.m., then a full load from 5 to 9 p.m. I remember wishing I could have clients during business hours so I could have some free time when most of my friends were free. I am intimately familiar with that plaguing thought "If only people had time to train when I most wanted to train them." A shift to "Unless I find those people who are available to train during the hours I most want to work, I'm going to remain a victim of my calendar and miss out on a fulfilling social life" changed my future. I decided to market in grocery stores, fitness centers, and retail outlets between the hours of 11 a.m. and 4 p.m. The people who were shopping or exercising during the mid-day hours were obviously free during the hours I had wide open. I found ways to make marketing social and fun, and began to enjoy striking up conversations with strangers. Ninety days into this shift, I felt a new sense of control over my calendar. You can do the same.

"If only the economy was better," is the biggie. It's the one that knocks down players in virtually every arena in 2012. It's the global excuse that drives empathy. What it fails to drive is change. The word economy comes from the Greek for "to support one's household." In that you should realize that while you may not have control over the value of the dollar in international markets, you can control your own economy. "Unless I find ways to attract clients who can pay the fees I deserve, I'm going to wind up settling for far less than I'm worth and missing out on many of the joys my career should afford me."

Solutions? No. This wasn't intended to be an article about solutions. That would suggest that you expected someone else to provide them. This is about power. The power to change your thoughts, change your perspectives, and in that, change your outcomes. Only the response-able will embrace it. Will you?

Training Wheels: The Hidden Costs of Your Fitness Business Next

Is software the right choice for your studio? Previous
More from Features 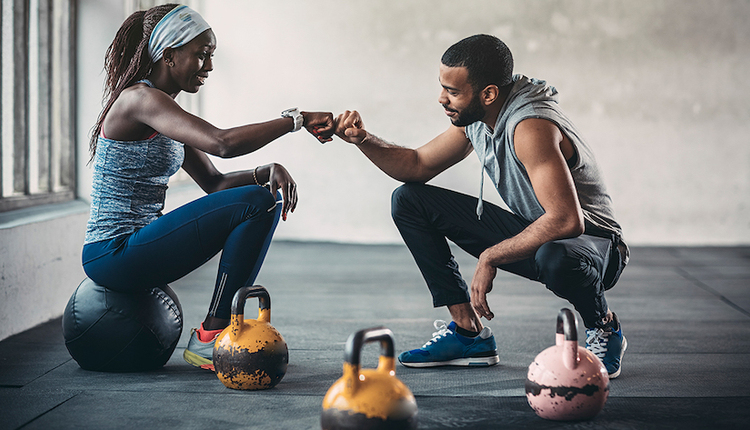 Design a Professional Learning Plan for the Year Ahead

The First Step to Starting an Online Business (That Everybody Skips)

Do I HAVE to Offer Online Training?