Not many people have figured out their future career in junior high. But while other 13-year-old girls were writing about their latest crush in their diaries, Kelli Calabrese jotted down in her journal that she would one day be an exercise therapist... though she had no idea what that meant.

Calabrese already realized that she was happiest when she was cheerleading, playing softball, swimming or dancing. She fed off the adrenaline rush of a game of tag in the neighborhood. And she already knew that she wanted to change the trajectory of her family history, which included heart disease, cancer and obesity.

Today, as a successful clinical exercise physiologist, health media expert, boot camp instructor and fitness consultant, Calabrese has more than broken her unhealthy family cycle; she has achieved her childhood dream by helping others do so as well.
But like all dreams, it didn't happen immediately, or without a lot of dedication. For Calabrese, it's been a lifelong journey. At 15, Calabrese joined a health club for the first time (she had also, by the way, prophesized in her journal that she would one day own a health club).
After getting her driver's license, the first place Calabrese drove was a local health club, where she got a job as a receptionist. Within four months, she was teaching group fitness classes, and a few months later, she started the first of three college degrees she would receive in exercise science, the highest degree of which is a Master's in exercise physiology and cardiac rehabilitation.

â€‘ rough college, Calabrese worked as a personal trainer and led fitness classes on campus, at New York sports clubs, at a local gym and in homes. After graduating, she became the fitness director at the fitness club where she worked when she was 17. Over the next 10 years, Calabrese advanced from fitness director to manager to corporate fitness manager to co-owner. She also founded the first ACE exam prep school for the personal trainer exam in 1994. Over nine years, she, along with her staff , prepared more than 3,000 candidates to become certified personal trainers with a 93% passing rate.

In 1996, Calabrese was co-owner and operator of four fitness clubs; she headed up several corporate fitness centers, including one for Calvin Klein Cosmetics and was running Xercise Institute Exam Preparation programs. Her exhausting schedule left little time for her newborn son. Pregnant with her second child, she knew there had to be a better way to share her passion for fitness and fit in family as well.
One day while on the Stairmaster, Calabrese was reading an article called "Weight Loss on the Web." She emailed all of the companies featured in the article, and all the companies invited her to come on board. eDiets made her the best offer. Calabrese took a leap of faith, leaving behind 14 years in the trenches of health clubs to share fitness via the Internet. She worked for eDiets for three years, leading webinars, hosting chats, participating in several weekly interviews for major media sources and developing the entire fitness program for eDiets and eFitness.com. It was there that she connected with mentor Phil Kaplan. She credits Phil with many personal and professional lessons such as helping her to write her first book, Feminine, Firm & Fit, in 2002 and recommending her to speak to Sir Richard Branson's personal trainers at his club Virgin Active in Florence, Italy.

When eDiets decided to focus more on the growth of its dieting platform rather than its fitness platform, Calabrese moved on, becoming the editor ofPersonal Fitness Professional (PFP) magazine.

During that time, she also built the house of her dreams in New Jersey, which included a home workout studio. As neighbors learned she was a trainer, her home studio was suddenly filled with 40+ hours a week of clients without a single penny spent on marketing. Before long, she had to hire a trainer and found herself doing her "real work" between personal training sessions.
In January 2006, Calabrese's husband took a promotion that landed them in Dallas, Texas. Ready for a new adventure, she gave her clients to her assistant trainer and moved across the country.

While speaking at Club Industry in Chicago in October of 2006, she had lunch with her friend Dr. John Spencer Ellis and inquired about his Adventure Boot Camp program. The next month, she flew out to California for training, and in January 2007 opened Argyle Adventure Boot Camp. More than four years later, she continues to meet 40-70 women each morning for a workout and has also launched a men's camp.
In 2008, Calabrese became the international master trainer for Adventure Boot Camp. She and Ellis also teamed up to create IMPACT (Intense Mixed, Performance Accelerated Circuit Training), a turn-key group personal training program.
Calabrese has also conducted media tours in recent years for a variety of clients such as Blue Buffalo (organic dog food), Old Orchard, Smuckers, Crest, Kellogg's and many others. She is the fitness expert for Montel Williams and Ab Coaster and recently interviewed for Jillian Michael's position as the female trainer on NBC's the Biggest Loser.

But Calabrese is more particular these days about projects she accepts. "The biggest mistake I've made -- and I've made it more than once -- is committing to projects that find me," she says. "Often I get calls to be on a panel, to be a partner or an expert for a project from people who see my resume and want to connect to my credibility." Calabrese says that most of those projects have resulted in false promises and fell apart with no return on her sweat equity investment.

Today, Calabrese still maintains multiple projects at a time, but they are of her choosing. They include coordinating Fitness Fortunes Live, growing the Adventure Boot Brand while supporting the coaches, re-writing her boot camp drill book, being a star consultant for Isagenix, creating the health platform for CPA Network Plus, speaking at the Staley Institute and a variety of commitments to writing, speaking and other various forms of media to spread the fitness gospel.

When Calabrese considers the legacy she wants to leave, it includes being known as someone who contended for the highest possible good in all areas of health and life. Her personal legacy includes walking by faith and nurturing her amazing family to live out a purpose filled life.
What's Your Favorite...
...workout equipment? My body!
...healthy snack? Blueberries
...quote or saying? "Your joy is guaranteed. Your circumstances are not."

Product Profile: My Diet Angel
Features
Back to Basics
Features
The Mark of a True Professional
Features 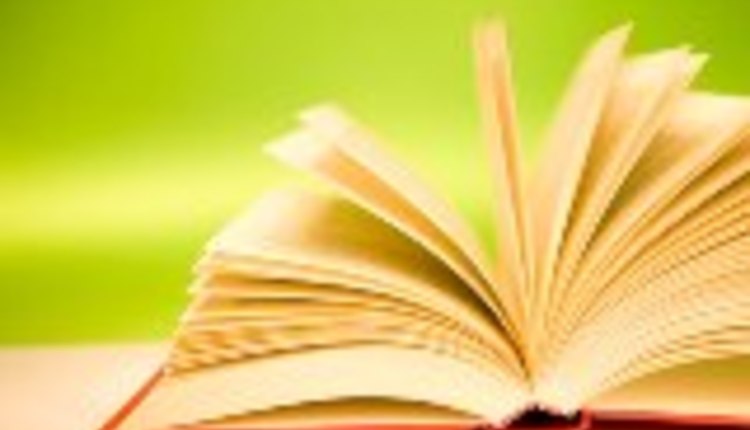